An example of a formative construct is socioeconomic class or SES whose indicators might be Education, Income, and Occupational status.   That construct causes Stress and Mental Health: 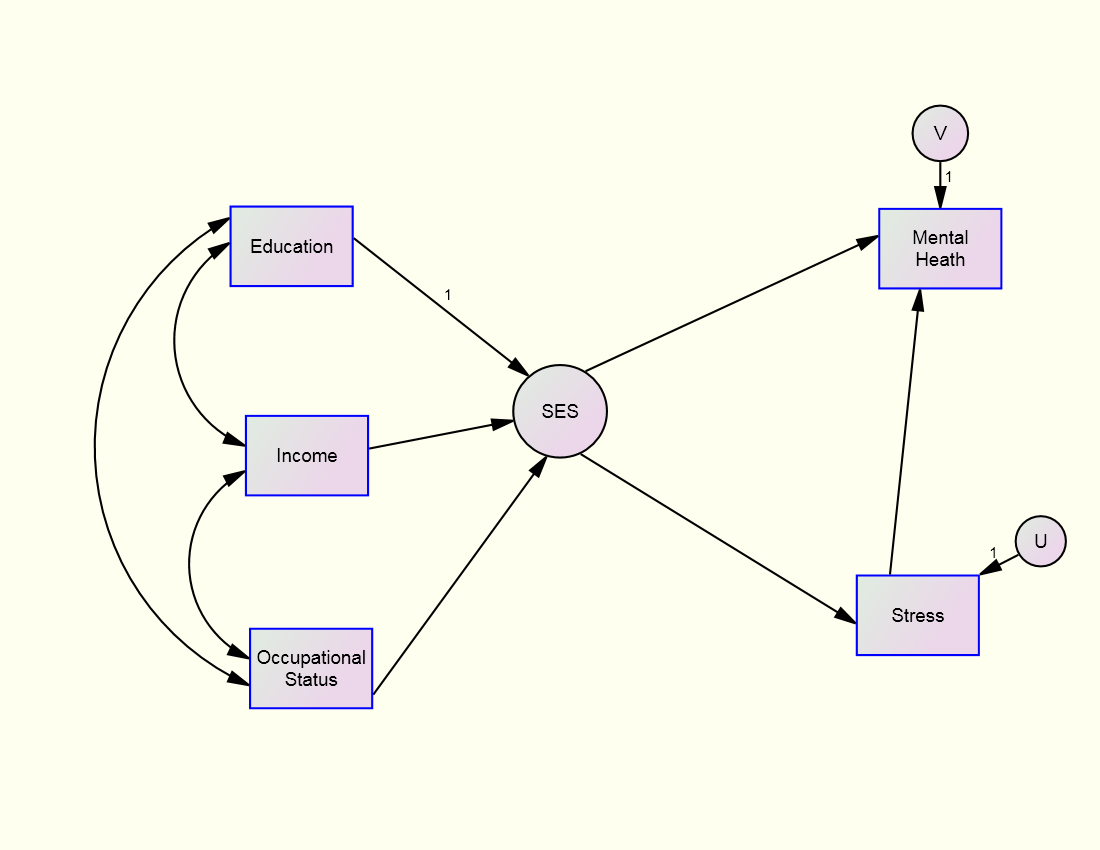 Ken Bollen discusses in several papers how a formative construct can be endogenous and can have a disturbance, but those topics are not discussed here.  If interested, go to his website.

Rules of identification for latent variables still hold: The scale of the second-order factor must be fixed either by forcing one its loadings to one which is what is usually done or by standardizing the variable if it is exogenous and there must be a sufficient number of indicators, usually two are sufficient. 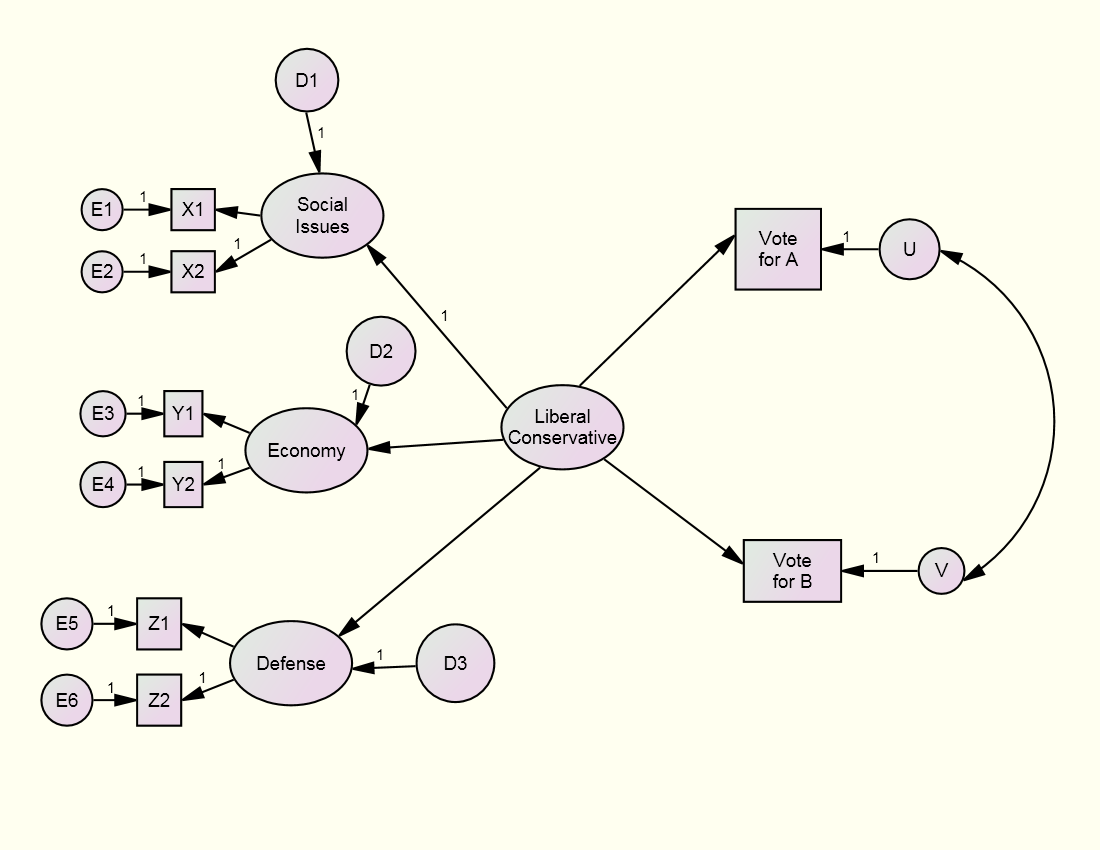 Go to the next page.

Go to the SEM page..